Part I: The Beginning

" I realized that we were just that – the beginning of a strong team." 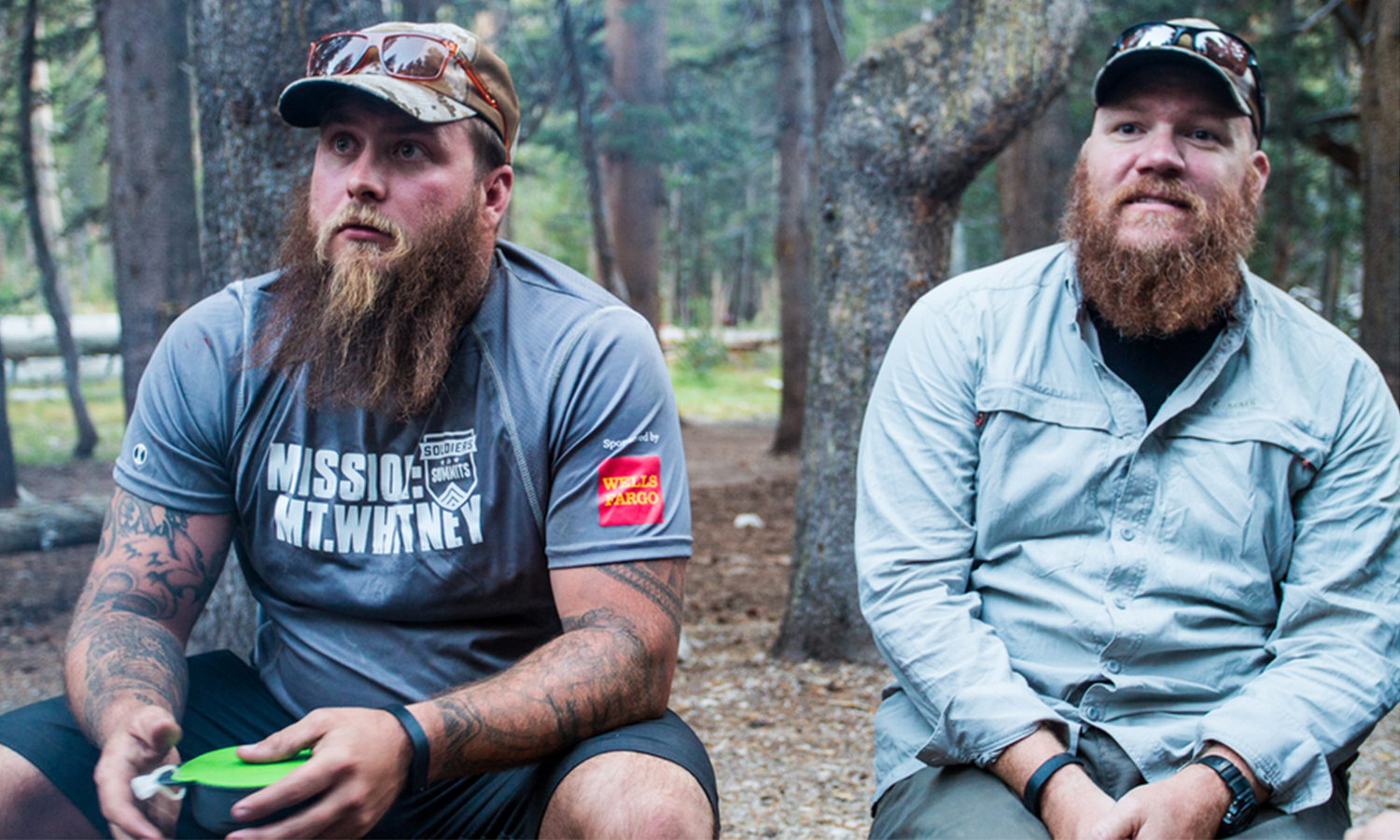 **The below entry is the first of a three part series from Jeremy, a Mission: Mt. Whitney participant**

Mission definition as per Merriam-Webster

: a specific military or naval task

: a specific task with which a person or a group is charged

Let me start by saying thank you. Thank you to the many men and women that brought Mission: Mt. Whitney (MMW) to fruition. As I look back on the last six months and all the events that led up to the culmination of the actual summiting of this great mountain, I realize just how lucky I am to have been apart of this group of people.

When I first received the email asking to apply to this mission I was very hesitant. Hesitant because I didn’t see what others apparently see in regards to my personal and professional achievements. After I sent off my application, I continued to worry thinking I was just going to fail at yet another opportunity to do something great. A week or so had passed and I began to feel that oh so bitter taste of failure. Then the email came in letting me know I made it through to the interview round. My heart throbbed and my mind began to wonder: I made it! Am I good enough? What does the interview round mean?

I had to take a step back and breath. I had to think to myself I am worth it. Jeremy, you’ve got this. Few days had passed and I was just finishing up at the gym. I decided to sit and wait for the phone call; the car was cold, so I turned it over to get some heat, not realizing that the gas was so low. Forty-five minutes had past and still no phone call. I began to feel that taste once again. I told myself let it go – Jeremy you need to get gas, you need to get home, Amaleah (my wife) is probably beginning to wonder where I am.

As I left the parking lot still waiting for that phone call that would decide the next six months of my life, my car began to sputter and jerk. The gas was gone, but luckily I was just a dozen yards or so from the gas station. After filling the tank, I decided to call Amaleah – I needed some support. Funny how a simple phone call can make things feel better. I suppose it’s the person on the other end of the line that can cause that. We wrap up the call and I decide to call No Barriers and inquire: did you change your minds? Did I mistake the time? As it turns out, it was a simple double booking. Oh, the relief I felt! With one more day to now wait, I was anxious for tomorrow when the call would happen.

The phone interview lasted all but a few minutes. Another ten days or so had passed when the phone rang. I couldn’t answer it because I was driving my mother to the airport. Amaleah answered and it was the director of Soldiers to Summits calling on behalf of the organization to say that I was selected. I was so happy, but because I wasn’t able to be on the phone, I would have to call him back. I dropped my mother off. It had only been a few minutes since Amaleah hung up the phone so I quickly pulled over to call back. This is when it all hit me.

“Will you except the challenge?”

“Will you except this Mission?”

“Yes, yes and more YES!” That’s all I could say. I was so happy to be selected, I was so excited to be a part of a team once again.

When we all met for the first time in Golden, Colorado I was initially nervous, we had a webinar a week or so prior, detailing our personal lives to help us know each other, but we had never physically all met. On the webinar, one by one, everyone started saying who they are and what they did. I was again in shock. We had ultra distance bike riders, marathon runners, guys that enjoyed half Ironmans. Special forces, and a few people who practiced some clandestine work. I began to think, again… what am I doing and how was I chosen for this? I quickly brushed those thoughts aside as I remembered I was already selected. I was there with them. This is my team.

We all gathered around the Wells Fargo Stagecoach, and members of Wells Fargo, our sponsor,  began to toss us our packs. I held the bag in my hand looking at it and thinking how happy I was. We were then ushered into a meeting room nearby where they fed us, and started talking about how they were here for us. I felt like royalty.

The next day we were taken over to Bent Gate, a mountaineering shop in Golden, to help with boot and crampon fitting, and with any other gear we needed to exchange for better fit or comfort.

Now here we were heading to the start of our first real adventure together as a group. Our first task was to summit James Peak, by way of St. Mary’s Glacier. As we climbed up through the trees, following the staggering icy trail, I was thinking to myself, Jeremy you got this man – this is easy. And I seriously thought that. I mean I’ve climbed smaller mountains before this shouldn’t be any harder.

We got to base camp just awhile later and I began to see how large of a place this was, how small of a person I am, and how much greater of a deal this really is. From the beginning our expedition leaders pushed good vibes on us. They knew that we needed it.  Three of the leaders were combat vets, two of them were wounded vets that had been on previous S2S climbs. We spent the day learning how to maneuver in the snow, how to self arrest, how to walk with crampons. They allowed us to learn the basic principles of being roped off together, and how important communication is on the Mountain.

The next day we began the journey to the top of James Peak. I had been going to the gym back home, but to gain size and strength not endurance and stamina. I quickly began to feel tired and weak. They said to be careful and to read your body. The leaders also said that the altitude could play funny games with you in the mountains. The altitude did play a part in the discomfort that day but I can’t honestly say that it wasn’t the only thing, I was not in mountain shape.

When we all grouped together again as a team to summit James Peak, (remember I said that there were some really strong athletes? This little hill didn’t even seem to faze them.) I realized that we were just that – the beginning of a strong team.