"For me, its casting a line and hoping for a bite…only then you can move forward." 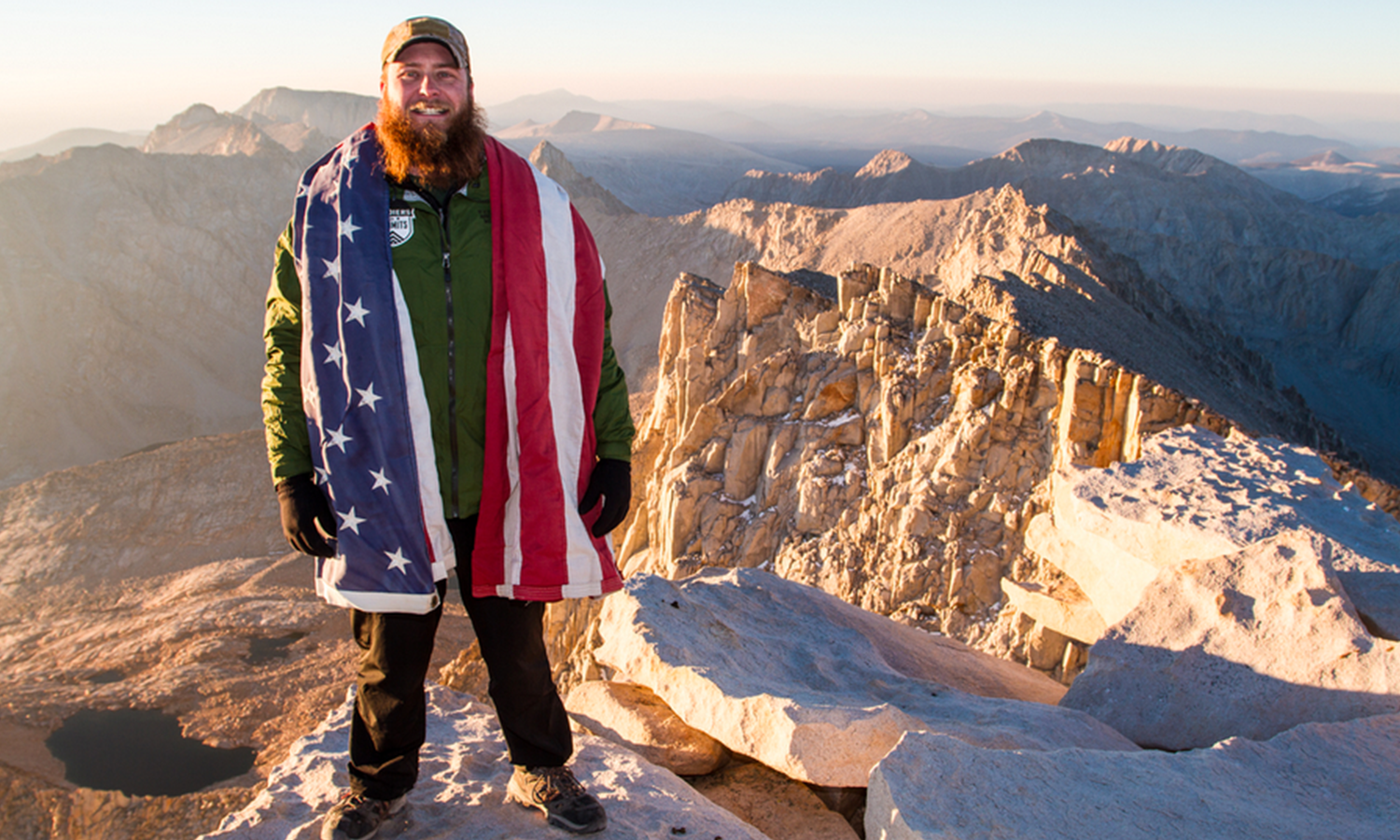 When I was told that we could bring our fly poles along with us, I was hesitant at first. I was thinking that this trip was to just climb, but then I started thinking to myself that this was more then just a climb. No Barriers is about breaking down walls to moving to the next chapter in life. To have the No Barriers mindset. I quickly realized that as hard as you push to move forward you have to wait. You have to be patient. For me, its casting a line and hoping for a bite…only then you can move forward. So, needless to say I was more than happy to bring my pole! And boy am I glad I did.  We camped next to Wallace Creek one night and I had the best day of fishing I have ever had; I caught more fish then I ever thought possible – 52 golden trout, all more vibrant then the one before.

The following day we pushed through a lot of land, finally reaching our finale base camp on the west side of the Mt. Whitney. From there we said our goodbyes to the cowboys that shuttled our gear with their mules and horses. This was the first time since the beginning that we were amongst more than just the passer-bye. I would say there were easily fifty camps set up along that bowl waiting in anticipation for their chance to summit.

We set up our camp and began to prepare for the final day up. We decided earlier, as a team, that we wanted to reach the summit before sunrise. We hit the rack around 6PM only to have to wake up at 12AM to be able to depart before 1AM in the pitch black. That morning came quick. Camp was broken down, gear was packed, and breakfast came and went before you knew what hit ya. It took about five hours to reach the point where we would drop packs, and we still had another 1.9 miles to go before we would actually reach the summit.

As we climbed higher and higher, we used the moon as our light.  It was just two days past a full moon and nature, along with proper timing, was on our side. Watching the sun’s rays pierce the nights sky at over 14,500 feet is something that I don’t have words to describe. I watched the night linger to the West, holding on with everything it has…and the sun rip from the horizon on the East. After a few minutes, looking back to the west, you could start to see the shadow of the mountain and begin to see definition along the mountain side – the dips and valleys more prominent. A few other groups had made it the summit shortly before us and staked their clam facing the East to watch the show that was about to happen.

As we make our way down, we all stopped to look at the shack that was built up top and to write in the Mt. Whitney summit book. I wrote my name and address along with a note simply saying “I love you Amaleah Graham.” I wanted my wife to be with me more than anything at that moment and this was the most logical step to insure she would be there in name. I then found a rock and had a friend put it in my small pack I brought with me so I could in turn deliver the mountain to her.

Minus the pain of the downhill ascend, I rather enjoyed all of it. It allowed me to think a little bit longer on things I was wanting to accomplish next in life, as well as feel a sense of pride in the things I have accomplished. Each step I took, closer and closer to the Whitney Portal, brought forth that sense of closer. I will never be the same man that I was in the past nor do I want to be. I realize that I have the ability to become what I want to be. I accomplished the task, I finished this goal. It’s time for a new wave, and a new chapter.

I have to give a big thank you to the support team behind this Mission from Wells Fargo, No Barriers USA, and Soldiers to Summits. Along with every company and/or individual that donated to make Mission: Mt. Whitney possible. I also want to give a big thanks to the leaders of this mission: Charley Mace, Jeff Evans, Nick Colgin, Josh Jespersen, and Margaux Mange, as well as Didrik Johnck for the killer photos, and Robert Clyse Jackson for the intense videos.

Another group I would like to give thanks to is my family for believing I could do this from the start. And my wonderful wife Amaleah, who without her I would be nothing. She has pushed me harder than I ever thought possible, because of her I did this, she believed in me when it was just a thought. She helped this all come true, thank you.
“The world is big and I want to have a good look at it before it gets dark.”
― John Muir