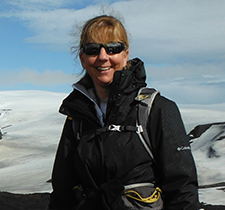 Reared among five siblings in a military family, Adele says it was a given for her to want to serve her country. Initially joining the Air Force as Security Police, she later moved to the Office of Special Investigations (AFOSI) where she served for 11 years.

After losing two team members in an attack during which she also sustained her injuries, Adele has been determined to make all fallen heroes proud. Following rehabilitation and retraining, Adele returned to serve two years with Security Forces before retiring in 2010.

Adele then moved on to an instructor position at the Joint Counterintelligence Training Academy, instructing “amazing students” from the Department of Defense.