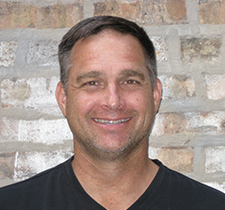 According to Jeff, he joined the service for one reason, “to jump out of planes and become a paratrooper.”  However, after serving 15 years in the Army, he says he’s “learned so much more.” A psychological operations specialist, he has traveled from Balad to Babylon and within 10 kilometers of the Iranian border.  While on active duty in Iraq, Jeff led a team of seven into combat and is proud to say he was “able to bring everyone home.”

He now copes with his traumatic brain injury and post-traumatic stress disorder through ultra-endurance cycling.