"...and I instantly knew that I could trust them with my life." 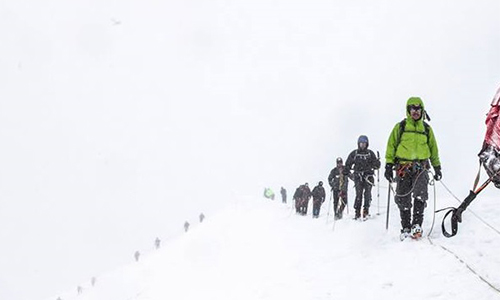 There is so much power in being able to talk freely and lower our guard, not feeling like there is any kind of judgment against us. Being a combat veteran can sometimes cause some people apprehension in building a relationship with us. I remember a time when I was at a public function and had on a shirt that said that I was a veteran. An individual approached me so cautiously and asked if I had served in the military. He shook my hand and said, “Thank you for your service.” As he walked away, I heard him comment to his wife, “It is good to say thank to them because that makes them feel like they are part of us. Poor guy, he is so young.” At another function, a guy approached me and said, “Thank you for your service. Better you than me!” I know that most people are truly grateful, and others don’t fully understand what it means to be a veteran. Like those that approach us and ask, “So, did you kill many people?” It is an insensitive question, but it also driven by curiosity and ignorance.

It is because of these situations some veterans isolate or simply gravitate only towards veterans groups to feel the camaraderie of others who’ve served. I know that for me it is hard to relate to people who don’t “get it” or simply look at me with what I perceive are judgmental eyes. When I was young,I remember even members of my own family telling me that men and women who had been to war might have been traumatized by it and to tread carefully. When I returned from Iraq my family treated me just as they treated veterans back when I was young, and I felt isolated and misunderstood.

Ten years later, when I first met with the Soldier to Summits 2013 Peruvian team, it was the first time in a very long time that I felt completely accepted. I was part or a group once again, and there was no judgment about me. We welcomed each other as a “Band of Brothers/Sisters,” and I instantly knew that I could trust them with my life. This proved to be true as we hiked on the mountains of Peru. It was in the middle of the mountains that we were as one with each other and felt totally free.

Through that experience and other, I now have the confidence to be part of any group and know that I can be free regardless of what any one person may think, because the truth is that I do belong.

This year Soldiers to Summits has several missions and programs that can help reclaim your life. So, come and participate, feel the freedom to climb in life and remember that you too belong.